Since I started this blog I have received a TON of reader requests for film, especially of drills.  I have had some issues figuring out getting HUDL stuff off and on to the blog and I have just been lazy but this will soon change. 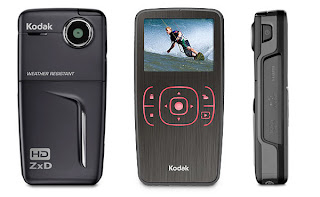 Compares quality to the FLIP but I purchased it because it was cheaper and you can add an SD card up to 32 gig, instead of being stuck with a 4gb flip.

This will be in my pocket pretty much 24/7 but most importantly out there on the field so I can film drills, for teaching as well as blogging.

Now my next project becomes finding at least 1 student assistant to help out at practice and film for me.

I am hoping to receive the camera sometime within the next week and I will be posting video with it as soon as I get my hands on it.