Skip to content
Offense Pass Game
March 3, 2013April 3, 2016 Brett Dudley 0 Comments
Here are some more recent thoughts of mine.  They might look familiar.
4 man stick
#1 has an outside release go
#2 has the stick route
#3 has a spot route over the ball (they ran this route like a slant)
RB has 3 yard shoot/flat route 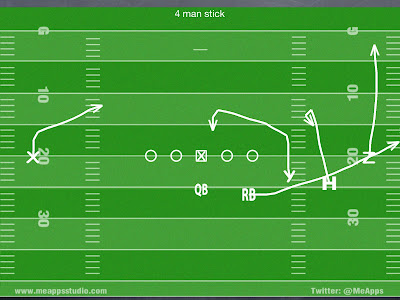 WR screen to the backside of trips.  We have run “solid” screens for a while with OL zoning away but the new thing is pulling the guard to sell the power look.  So now the defense sees Guard Pull and RB flow that way.  The tackle has the key block because he starts his hinge block stepping to b gap and hinging, then has to get flat down LOS and kick out the Corner.  The Center works laterally like a down block for pulling guard, then slides down LOS looking to pick up LB chasing it from inside out.  Tackles have to understand the difference between a multiple WR side screen and a single WR side screen so they know to go flat and pick up Corner. When we release all of our OL we use the “out up in” method and this is essentially what they are doing… The Tackle has out, the Guard is pulling so he isn’t there but you don’t need the Up lead block because there probably isn’t an OLB to that single WR side.  The center still has his in block because he is picking up the PSLB who has sucked in some from his run read. 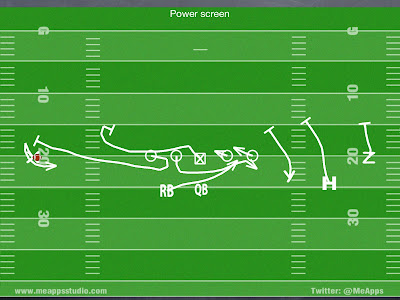 Practice Segments:
I like the idea of incorporating all “team” portions of practice mixed between individual drills.  Pre practice, then tempo.  Indys then some inside run.  Back to Indys or group and then into team… I think it helps break up practice well.

Injured Players:
I like the idea of not giving injured players a day off.  Keep them moving and make them work.  A simple circuit can be set up on the side of a field or behind the end zone for these guys to get reps in.  If you have coaches who only coach one way, they can handle your Injured Reserve and make them work,

Rb screen:
OL quick set, Tackle stayed locked on DE, while GCG released, just like my out, up, in I have described here in the past.  The RB is taught to buzz his feet, then run his swing.  I like running the screen this way because it is more believable to the defense.  We free release RBs all the time, then on screen we ask them to step up to block, and sneak out through the hole… no one is fooled and last year our RBs sucked at getting out this way. 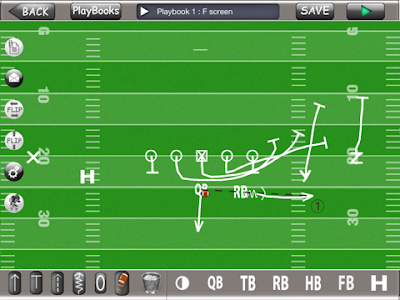